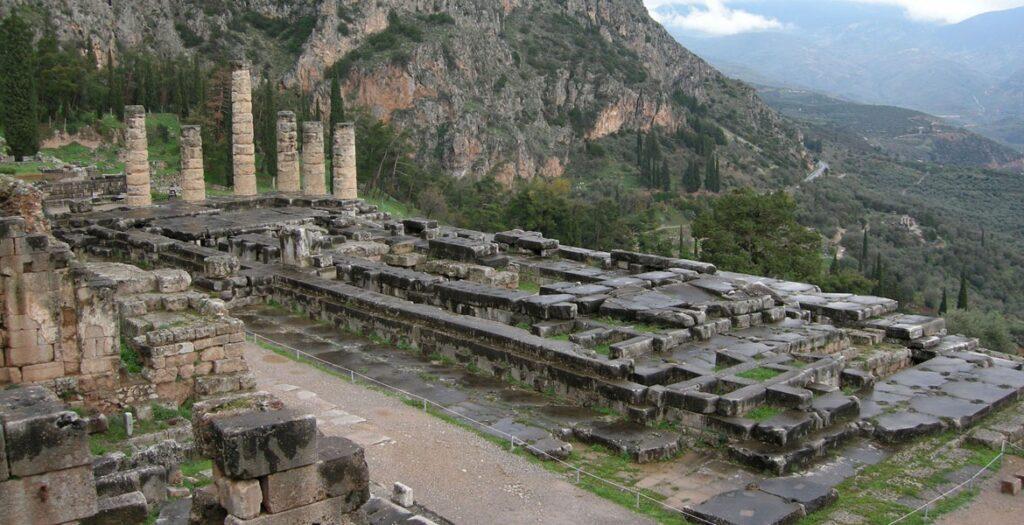 From the airport to Athens and v.v. 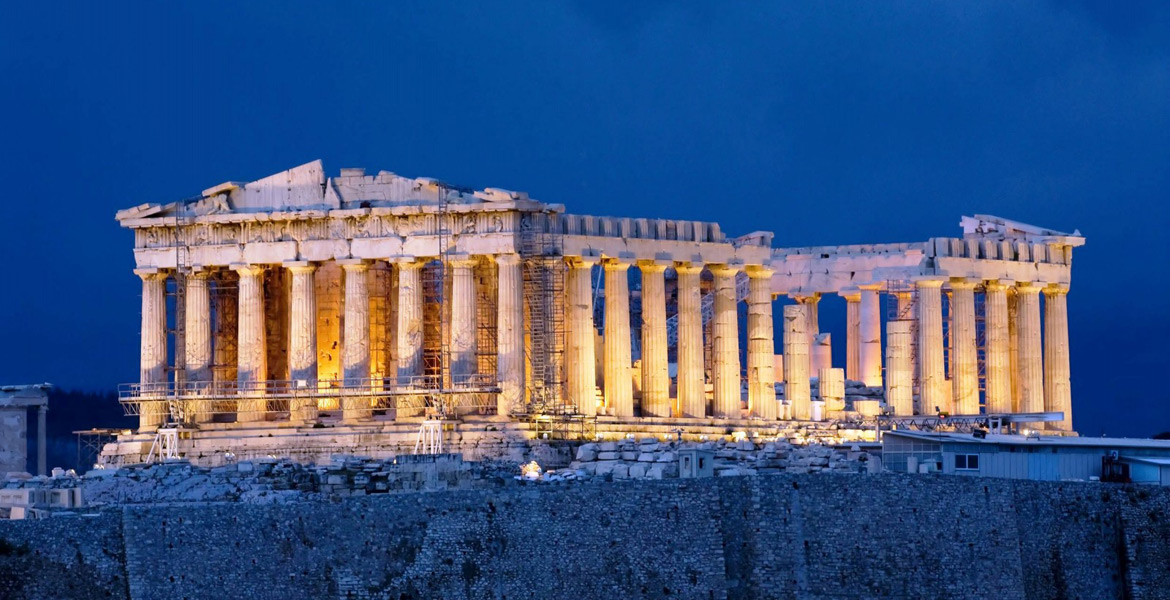 According to the myth, Zeus released two eagles. One flew east and the other one west. They met over Delphi, determining that the centre of the world was there. A temple dedicated to god Apollo was built there in the 7th c BC. The oracle of Apollo became a religious centre where common people and kings alike, came to consult the priestess of the sanctuary.
The archaeological site consists of the temple of Apollo, the treasury houses, the theatre, AND the stadium, while the sanctuary of Athena Pronaia consists of the best known landmark – the “tholos”, a circular structure with 3 of its original 20 doric columns restored, the gymnasium and the sports fascilities, used for training during the "Pythian Games".
Today, next to the archaeological site, there is an impressive museum, displaying findings from the local excavations, that started 1892. The highlights are offerings by the oracle visitors, such as the famous Charioteer, the statue of Antinoos, the two "kouros" statues, the “omphalos”, being the sculptured stone that represented the navel of the world, and many others.

In a region of inaccessible sandstone peaks, monks found protection and settled on these "columns of the sky" from the 10th c. onwards. 24 monasteries were built, despite incredible difficulties, at the time of the great revival of the monastic ideal in the 15th c. Their 16th c. frescoes mark a key stage in the development of the post-Byzantine painting.
More than a million people visit the area of Meteora every year and admire this "unique" natural phenomenon.
The huge rocks of Meteora were formed millions of years ago, a mixture of sandstone, pebbles and hard gravel. These mountain pillars are extraordinary, with horizontal stripes and strange shapes, reaching 600 m tall. The art of Nature; a rocky forest. Meteora have been designated by UNESCO as a World Heritage Site and since 1995 the Hellenic government declared it a " sacred area", belonging to everybody and protected from any change or interference. What makes them even more remarkable are the exquisite monasteries, built by hermits during the 9th c. AD, at the pinnacles of the rocks. For centuries these towers of sandstone provided cliff-top retreats for the monks.

DAY 1 - WEDNESDAY: The bus starts the pick up at 07.30am and departs from the terminal at 08.30am.
Passing from THEBES, LEVADIA (short stop) and the traditional village of ARACHOVA, you arrive in DELPHI,
the famous "Temple-Bank", at 11.30am. Delphi was considered by the ancient Greeks, "the centre of the universe".
With the professional tour guide you will explore the legendary site of the Oracle.
13.30 The group proceeds for lunch, and at +/- 14.45 departs via AMPHISSA, LAMIA and TRIKALA for Kalampaka.
Arrival at hotel KOSTA FAMISSI in Kalampaka at +/- 19:00. Overnight.

DAY 2 - THURSDAY: This is the extra day. You are free to explore the area.
Wake up early to experience the surrounding terrace, the flora and fauna of the area.
We suggest that in the morning you explore the area on your own, using to local bus (May-October),
to visit the monasteries, hire our taxi driver, or do a short, easy hiking trip.
In the afternoon, take the optional "SUNSET TOUR". Our pre-booked price is 20.00 euro per person.
The bus will pick you up from the hotel at +/- 16.30 and you will be back at +/- 20.00.

DAY 3 - FRIDAY: After breakfast, at 09:00, drive to the METEORA, and visit two of the monasteries.
12:00 Return to Kalampaka for lunch and after lunch you start the return to Athens, with a short stop at THERMOPYLAE, the place where the famous battle between the Spartan King Leonidas and his 300 Spartan soldiers against the huge Persian army of Xerxes 480 B.C. took place. Arrival in Athens between 19.30 - 20.00.